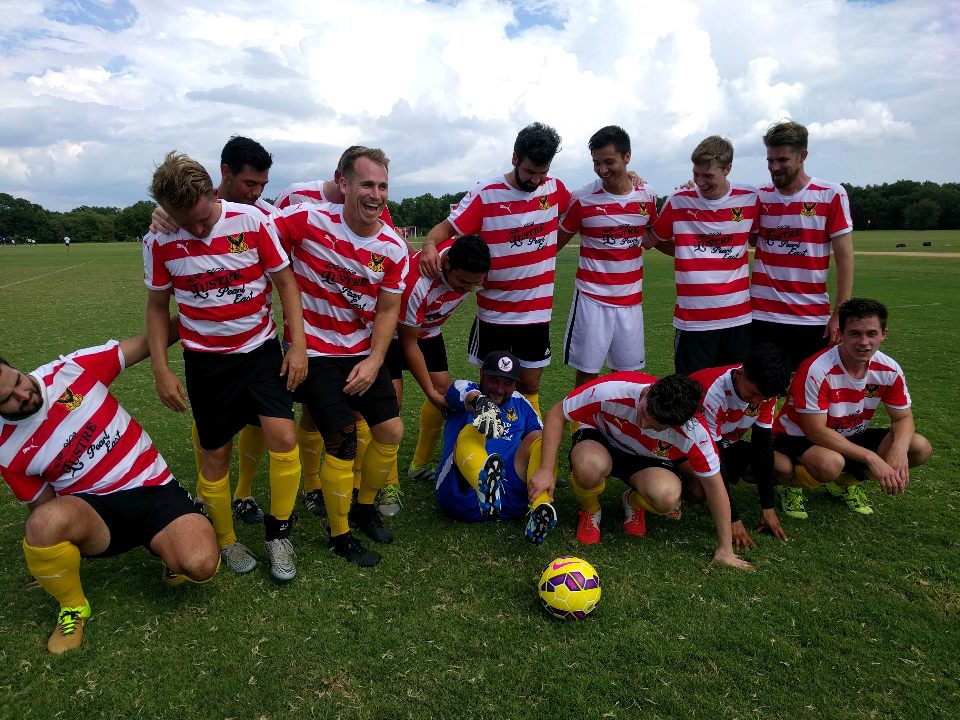 After a stellar performance in Fall season ATX United finished the job this Spring and secured promotion to AMSA Premier Division by finishing in 2nd place in Division 1 with a large gap to third place Zilker Park Rangers.

What now follows are two play-off rounds to determine who gets to take home $100 in cold, hard AMSA-credit. The first round was played yesterday and the final round will take place next Sunday at Onion Creek Soccer Complex. ATXU Red defeated AMSA Division 1 champs Lokomotiv Zilker by 3 to 1. Lokomotiv pressed hard in the first 45 minutes but had no other answer to ATXU’s deadly counter attacks than to commit fouls which led to two of the three goals they conceded.